Thoughts on 2019 in running thus far.

Hey friends! How is everyone doing? My lack of blog posting is getting to be a habit, I'll try to remedy that as I start racing now in the next month and into the heart of the spring season. In this post I'll just give a brief update explaining what I've been up to and look at some of the most impressive performances this far in 2019. It's going to be an AMAZING year for running and T&F fans. We have the Olympic standard windows open or opening, a world champs to look forward to in Doha, the always amazing London Marathon as well as Rotterdam and Boston. I'm pumped for it. Lately I've been streaming indoor meets like crazy and I'd venture to say this has been one of the best in the last decade or so in which I've followed track closely.

In other news, as some of you guys who know me personally know or saw me down in Huston, I didn't start the race as I came down with a flu that zapped my energy and had me feeling pretty sick which was disheartening as I put in a lot of great training. But as they say, training is never wasted and I'll be running the Toronto Marathon again on May 5th so there's one on the books already. (Thank you Mike for reaching out and offering to bring me back this year, it's a honor and I'll be ready to run many minutes faster then last year, training is really clicking well!). So yeah, first up I'll race a couple of local 5km's on April 14th and April 28th, where I hope to roll a PB and then it's marathon time in the 6six.

Other then that, the holidays were fantastic, though I ate/drank far too much deliciousness and adult beverages, which took a while to get over....but hey, what can you do right, tis' the season! I've started modifying my truck/SUV. I'll post a pic below but the first thing I did was order the APR ECU upgrade. Now I did this on my Audi A4 and went with the APR Stage 1 to bring the power output to around 315 BHP and 380 pound feet of torque. I didn't want those kind of numbers out of a top heavy vehicle so I went with the cheaper APR Plus ECU. After that I bought some really nice 18" black-out wheels from the same site I got my A4 wheels and wrapped them in an aggressive Good Year rubber. Then I had Bill Matthews Audi/VW order an OEM polished aluminum rear loading plate so I can load stuff in the back and not worry about scratching the paint or sit on it when tailgating in the summer. With that order I also purchased some chrome running boards but haven't installed them just yet as I'm waiting for this spring as to expose them to less salt. I'm not sure what I'll do next but for sure a 4-5 inch lift and on the A4 this spring I plan on ordering some carbon fiber side mirrors and trunk lip spoiler. But enough about that, onto the running.

Most notable performances/story-lines of 2019 thus far.

1 - Could Yomif Kejelcha be Mo Farah 2.0? In a word, yes. we knew the guy was a stud after the September he put together last fall running a 1500 in 3:32.5, 12:56.7 for 5000m and 59:17 for the half, (also of note he solo'd a 7:28.00 3km in late August). But this indoor season, despite not breaking the world mile record has been his real coming out party. He's dusting people over 1000m and to be fair, he's likely more suited to the 3-5km distance right now. I can see this guy having real staying power under the guidance of NOP and threatening the world record in the 5km and eventually the 10km. His next mile attempt is this weekend, let's hope for better pacing, we know how fast that BYU track is!!

2 - Laura Muir is a BEAST! I've long loved how aggressive Laura races and despite it backfiring in Rio, she mostly gets rewarded for her efforts. She's had a stellar indoor campaign this year and has taken in our own G. Stafford into her training flock which clearly paid off as Gabriela demolished our indoor 5000m record going 14:57. I'm excited to see what the season brings for both these girls.

3 - Shellby Houlihan can run cross....and everything down to the 800m with the worlds best. I couldn't believe the ease at which she broke top names like Molly Hudle in the last 800m of USA cross nationals. That was an impressive victory and it bodes well for her future as perhaps 5 years from now she could be a threat in the 10000m when she's had enough of the 15 and 5km.

4 - Donavan Brazier is a STUD, going 1:44 and 1:13 for the 800 and 600 this indoors has been incredible to watch. The guy is only 21, the same age as Kejelcha. The stable NOP now has in middle distance running with these two, Murphy, Engles and Siffan Hassan.....the medal count will be piling up at USA's and internationally by end of year.

5 - Julien Wanders story book season keeps on rolling. It's great to see another story like the Kiwi brothers Jake and Zane Robertson being told. When Julien moved to Kenya, he was a good national class athlete, now hes running world class times on the roads. And with that said, I think the roads are where this guy is going to excel. He doesn't really have the wheels to be competitive on the track in the 5km and 10km, in my estimation. Not that he can't produce fantastic times but with 3:43 1500m speed you can't be a factor in championship racing. Guys like Farah and now Berega, Kejelcha, Gebriwit etc, are jogging 64's for 4km and closing the last 1000m in well under 2:30 with a 51-52 last 400m. But on the roads, I think he can be very dominant and run some lights out times!!

The only other bit of housekeeping, I signed again with Brooks through 2020 which I'm super stoked about, the last 2 years with them were amazing and I hope the next 2 are as well. I've also partnered with Xact Nutrition for my marathon fueling. They make great products and I'm actually helping them bring the brand to Newfoundland and met with Outfitters and Bespoke last weekend and plan to meet with more retailers over the coming weeks so keep an eye out.

I'll make sure I get another post up before I race the flat out 5km and let y'all know how the training has gone and where we are leading into the 2019 race season. Thanks so much for reading, I hope you are all having a great winter of training, spring will be here soon.

Be safe on the roads and keep those sticks on the Ice,
Dave 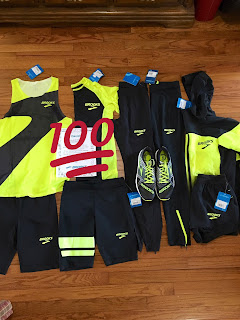 2019 Brooks Pro Elite kit and a super kind note from HQ, thanks guys!! (And for sending me an additional singlet with the smaller logo for IAAF events like Ottawa and STWM where the large logo singlet would have to be tapped! You guys think of everything!! :) ) 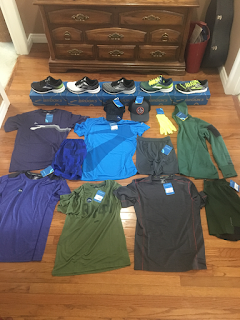 It's too early to order spring gear but when I put in an order for fresh trainers and some flats I asked for some gym clothing where I'm in there daily for my double. Much appreciated guys. 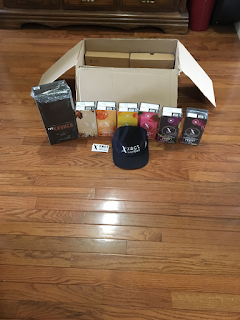 Xact Nutrition, this stuff is so easy on the tummy! 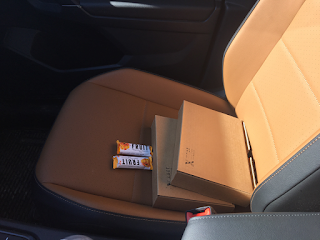 Dropping off prospecting boxes of Xact Nutrition to local retailers this past Saturday. 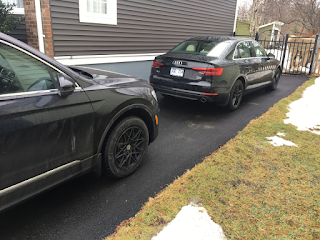 The rides with the new black-out wheels! (See my Instagram for the other mods I've made, this is a running blog after all :P ) 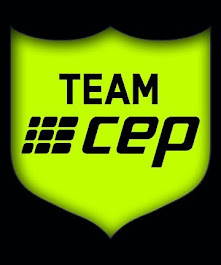 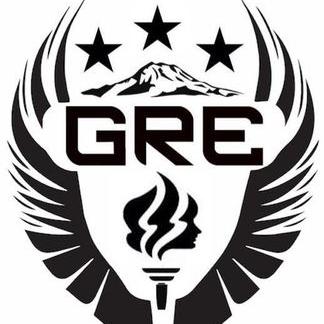